To Surveil with Love

A bomb squad mistakenly blows up Homer’s unattended gym bag, releasing radiation into the city and authorities react by suspending civil liberties. Wiggum and his men install surveillance cameras around Springfield and round up suspected terrorists, including groundskeeper Willie, but when monitoring the nonstop flow of video imagery proves to be too much, Wiggum enlists concerned citizens to help keep the city safe. Meanwhile, Lisa becomes fed up with being blonde, so she dyes her hair a dark color. 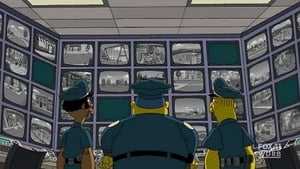 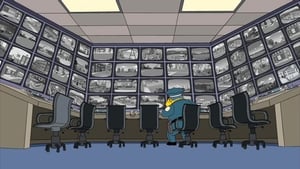