Working through their checklists of things to do before summer ends, Lisa gets the family to go a museum. At the Springfield Museum of Natural History there is an exhibit Lisa is excited to see on Women’s History turns into an exhibit on the history of weapons, which excites Homer and Bart. When Flanders sees the exhibit of evolution and another that mocks creationism, he raises an alarm. Reverend Lovejoy gets Skinner to have creationism taught in school. Lisa is the only one who holds onto the scientific theory. She brings the topic up at the town meeting and the town votes to teach only one theory, creationism. Lisa decides to hold her own class on evolution, until she is arrested. The ACLU gives her a lawyer who is up against a slick Southern lawyer, but ultimately it’s a family member that is a key to her defense. 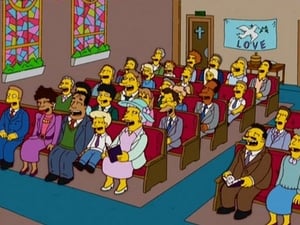