Homer Simpson, This Is Your Wife

Homer is stoked for a party, where Lenny shows off his new plasma screen HD TV. Three days later and Homer still hasn’t left Lenny’s apartment. Lenny eventually gets him to leave and Marge enters them in a contest where they can win a plasma TV of their own. They don’t win, but 3rd place gets them a tour of the FOX studios, where Homer learns about a wife-swapping show where he can win enough money to buy his own plasma TV. Marge agrees to appear and they exchange wives with the Heathbar family. Charles Heathbar winds up falling in love with Marge (who is giving him what he needs), while his real wife Verity finds Homer detestable. 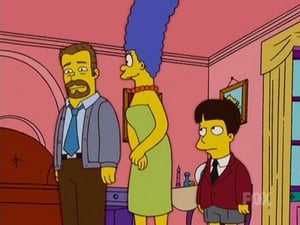