The family is at a church fund-raiser, where Homer tries to ensure his rubber duck onto victory, but Flanders wins the big prize, which he doesn’t want and gives it to Marge. In return Marge agrees to watch Rod and Todd while Ned is attending a left-handed convention. While Marge is spending all her time with the Rod and Todd and trying to let them learn how to be boys; Homer takes Bart and Lisa to a home for former celebrity animals and a monkey kidnaps Bart. Marge’s ability to be a mother comes into question when Ned discovers what she is doing with his boys and the local news covers Bart’s current predicament. 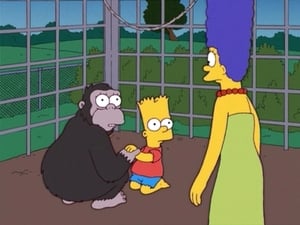