Bart vs. Lisa vs. the Third Grade

The Simpsons buy a satellite television, which Bart spends so much time watching that he does not study for an important achievement test. He scores so low that Principal Skinner demotes him to third grade, while Lisa does so well that she is moved up to third grade. The two are placed in the same class and become rivals. During a trip to Capital City, they get separated from their class and are forced to help each other in order to find their classmates. 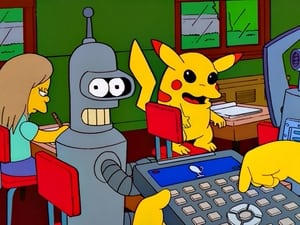