Homer becomes obsessed with using new gadgets in his car. One day, he becomes distracted and drives off a pier, losing his driver’s license. Unable to use a car, Homer starts to learn the joys of walking. Meanwhile, Marge shoulders the burden of Homer’s driving duties and becomes stressed out. One day, as Homer sings about the virtues of walking, Marge accidentally runs him over with her car. Later, as Homer recuperates from the accident, he begins to suspect that Marge is trying to hurt him. They fight and go to see a marriage counselor. The counselor advises Homer to perform one completely unselfish gesture to win Marge back. Homer holds a party with all of her friends and a surprised Marge tells Homer that she loves him. 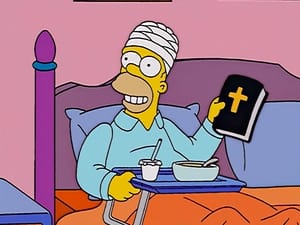 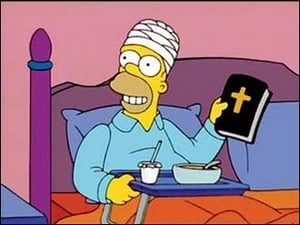