How I Spent My Strummer Vacation

A drunken Homer appears on the show Taxicab Conversations and rants about how awful his life as a husband and father is. Although his family is at first outraged, they realise that they do somewhat burden him and decide to make up for it by sending him to a Rock ‘n Roll Fantasy Camp where he mingles with rock stars, including Mick Jagger and Keith Richards. The rock stars ask Homer to help out at a concert and, expecting that he will be allowed to perform, he accepts. Actually, they want him to test the microphones; however, a humiliated Homer grabs a guitar and starts playing. 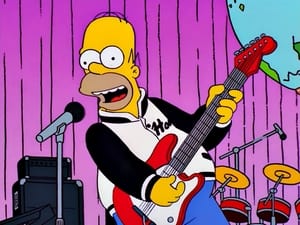