When challenged to think up a new Christmas carol, Homer instead writes a song about how much he hates Ned Flanders. The song becomes such a hit that the Simpsons become sick of hearing it and take a trip to a dude ranch. Lisa develops affections for a local boy named Luke but becomes jealous when he hears him talking to a girl named Clara on the telephone. One night, she meets Clara and gives her the wrong directions, leading her to become lost. After Lisa discovers that Clara is actually Luke’s sister, she rushes to find her. She saves Clara, and decides to tell Luke what happened, but he is offended and dumps her. Meanwhile, Bart and Homer decide to help a tribe of Native Americans who want a beaver dam removed so they can reclaim their land. 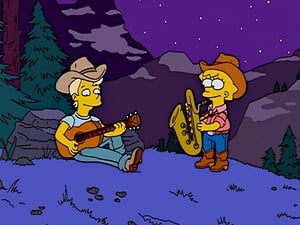 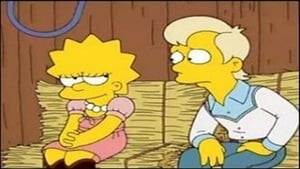